While the league is on temporary hiatus due to the coronavirus pandemic, a number of players have taken to Instagram Live to interact with one another as well as fans, providing insight on things that transpire both on and off the floor.

Over the weekend, Brooklyn Nets superstar guard Kyrie Irving joined his friend and recording artist Jerry Green to discuss a number of topics, including the clutch shot that he hit as a member of the Cleveland Cavaliers in Game 7 of the 2016 NBA Finals against the Golden State Warriors.

Green, who like Irving hails from New Jersey, began by asking how it felt to hit one of the biggest game-winning shots in NBA history, a fact that brought about a quick laugh from Irving, who provided an in-depth answer:

"First off, fear is not real in my book when I try to explain it." The six-time All-Star began. "You try to think about the best way to explain that zone that you put yourself in when you're in the moment that you're playing against the best, or you feel challenged the most, or you have a playoff series when things are very challenging."

At that moment, of course, the Cavs were looking to become the first team to overcome a 3-1 deficit in the NBA Finals against a Warriors team that had recently completed the best regular season in league history. 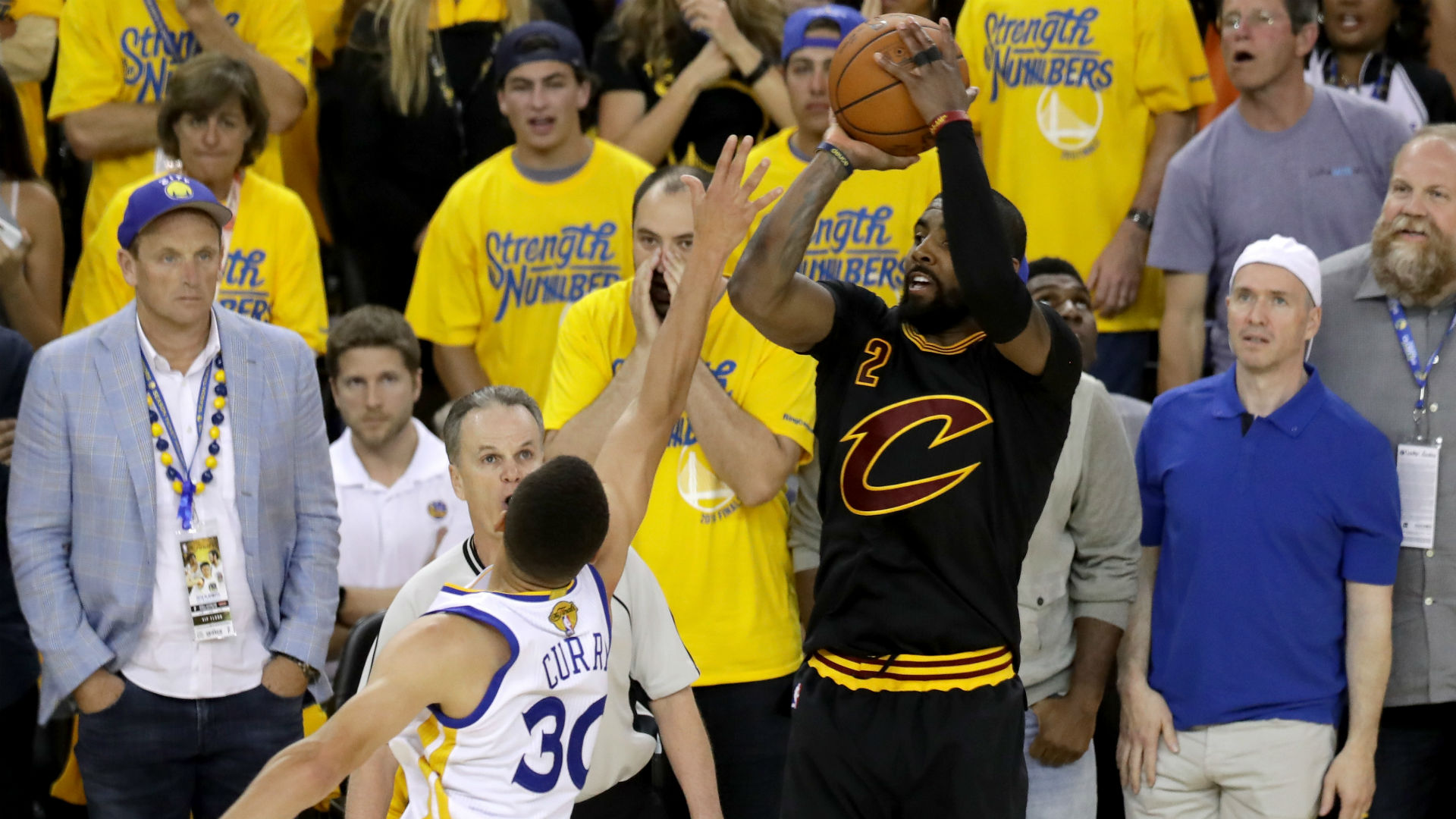 Irving admitted as much, indicating that it took a lot for their team to be in that position to begin with: "I don't think anyone realizes how many things have to go right for you to be on that stage and be successful. It's a competition so there's going to be ebbs and flows of the game."

He continued, speaking about the experience of a team that had eight players that were at least 30 years old, saying "We had a very special team that year - we were older, it was 2016, a lot of our veterans were in their 30s or really on the tail end of basketball and that's all they knew. They knew about the IQ of the game, the appreciation was just different and when I think about fear, in that case, I've been playing basketball my whole life."

"It's not really anything that's different for me except I gotta make sure that this move works and that I practice it enough times to know that it's a part of my game. I say all that to say, the more that you prepare yourself for those types of moments, the better off you'll be."

Irving, who took a trip down memory lane by recalling how he would prepare for these moments in his youth by simulating these situations in his backyard, would go on to talk about how his relationship with LeBron James began with an up-close look at basketball at its highest level in 2011.

"You see these guys up close at 19 years old - I was at the 2011 Finals when Dallas played Miami, I was actually doing a little mini-internship before I got drafted during that month," Irving recalled to Green. "I had met Bron around that time, as well as in high school, so we had a close relationship then and it was strictly about transferring knowledge, like 'What does this level look like for you?' and I saw it up close, I got a chance to see it up close and it inspired me."

Days after the 2011 Finals ended, Irving was selected first overall by the Cleveland Cavaliers in the NBA Draft. Less than a year after that, he was named 2012 Rookie of the Year. It was the lessons he learned before he stepped foot on an NBA floor that had a great impact on the player he was upon entering the league.

"Obviously, Miami lost that year, Dallas won on a really, really miraculous playoff run. Bron played well, D-Wade played well, it was just very challenging and I learned a lot from that, and they went on to win back-to-back championships after that. You come into the league at that time and they're just dominating everything."

Of course, LeBron would return to Cleveland in 2014 to create a big three with Irving and Kevin Love, forming a core of a team that would make three-straight Finals appearances. Being on that stage alongside James, Irving says, had a big role in his preparation and readiness to execute: "You get a chance to play with Bron, on the same team at that level? You better believe that if that shot comes to me, I'm gonna be ready to take it. That fear doesn't even exist."

On the moment itself, Irving reiterated that LeBron's support only boosted his confidence: "I had already had some game-winners underneath my belt throughout my life to where I've been called upon to do that before - to be a closer or to be that closing guy and to be on a great team, too, to where a great player like Bron says 'hey, let's run this play' and I have all the confidence in the world."

The biggest influence for Irving in that series, however, wasn't a member of the Cavs, but was the recently-retired Kobe Bryant: "I had just got done really going through some really insightful talks with Kobe. I didn't play well the first two games in Golden State so I called Kobe, I was like 'man, what do you see out there' and he was like 'man, just be yourself, just be aggressive.'"

Irving then took the time to pay his respects to the late Bryant, detailing how tough the loss was for him personally because of how close they had grown.

"I don't want to make it a sad thing. It's just that was a big part of a lot of teaching and influence in my life and mentorship. We had a different relationship, you know?

"I followed a lot of that man's patterns, I've copied a lot of that man's moves, who he was as a person, even the way he went about his life, you know? It wasn't really about connecting with everybody all the time. When you're in a different thought pattern and you're trying to explain yourself, you can overthink and overdo. That man really channelled all that energy and all that hate people have for him and channelled it all into a bunch of F-yous and I'm going to show you guys on this level."