The six-time All-Star turns 31 on Tuesday, which we figured is as good a time as ever to bring back some of his most outrageous dunks.

But we need your help!

We've selected four of our favourites to showcase but would like your input on selecting which one takes the birthday cake.

What is the best Blake Griffin dunk?
Created with QuizMaker

So without further ado...

I'm sure it wasn't personal.

In November of his rookie season, Griffin erupted against the New York Knicks to the tune of 44 points, 15 rebounds and seven assists. A few minutes after postering Timofey Mozgov on a putback dunk, he upped the ante with this vicious slam.

Did you know the Knicks won this game? Yeah, me neither.

There's a lot going on here.

He just keeps... rising? I'm not sure that's how physics works but man, Griffin had some bunnies.

Can we also take a moment to appreciate the eyes of Kevin Durant, Russell Westbrook, James Harden and Serge Ibaka looking on helplessly? Not that any of them could do anything other than make a smart business decision but it's still wild to see all four sharing the floor as teammates.

Blake and KP went through the five stages together. 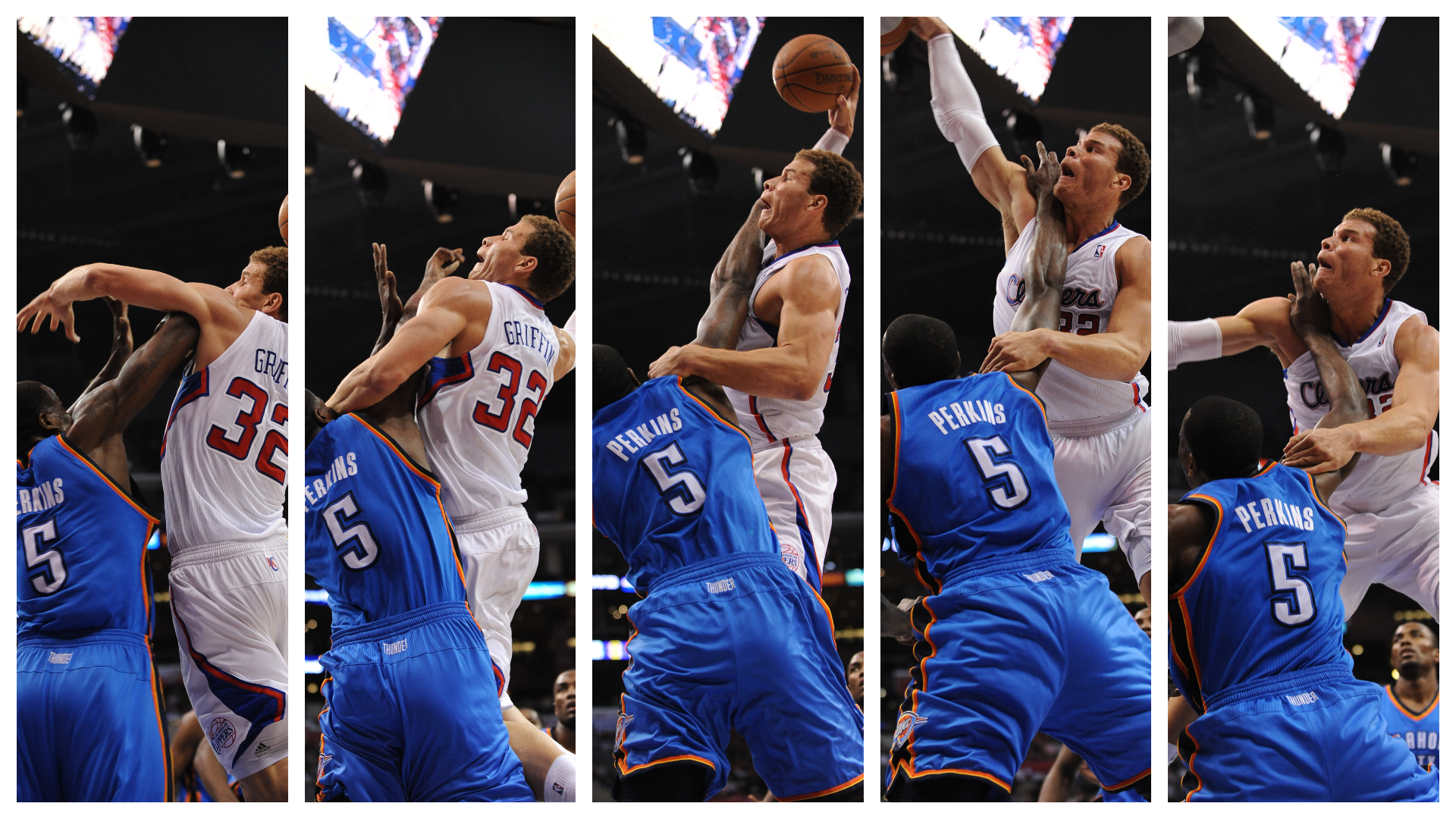 Do yourself a favour and pause to see the reactions of fans sitting directly beneath the basket.

Also... 10 out of 10 to the Thunder bench for remaining completely reactionless in support of Perk.

Blake Griffin got Pau Gasol twice in one game.

I feel for Kris Humphries. I really do.

Honestly the best part in all of this is DeAndre Jordan's reaction as he just put his hands on top of his head and walks away befuddled.

Those are the nominees! A reminder that you can vote for your favourite at the top.