The L.A. Clippers today unveiled renderings and additional details of the team's privately-financed sports and entertainment center anchored by their new basketball arena in Inglewood.

In addition to the arena, the proposed project located on West Century Boulevard between South Prairie Avenue and South Yukon Avenue will include the team's business and basketball offices, training facility, community and retail spaces.

"My goal is simple. I want the Clippers to have the best home in all of sports," said Clippers Chairman Steve Ballmer. "What that means to me is an unparalleled environment for players, for fans, for sponsors and for the community of Inglewood. Our goal is to build a facility that re-sets fans' expectations while having a transformative impact on the city we will call home."

The Inglewood Basketball & Entertainment Center will revitalize mostly vacant land under the flight path of Los Angeles International Airport into a vibrant campus. The project is targeted for completion by fall of 2024, following the expiration of the Clippers' lease at STAPLES Center.

"Inglewood is a diverse, dynamic community blessed with a skilled workforce, emerging infrastructure and a bold economic blueprint for the future," said Gillian Zucker, Clippers President of Business Operations. "In addition to the thousands of jobs this facility will create for the local community, we are equally committed to working with our new neighbors in the continuing renaissance developing in the City of Inglewood."

The proposed arena will have a three-dimensional oval design with a unique exterior of diamond-shaped metal panels inspired by the concept of a basketball swishing through a net. In addition to attractive aesthetics, the panels have been designed to provide solar benefit for maximum energy efficiency, as part of the facility's LEED GOLD-certified design.

The facility's most striking feature, intended to highlight the temperate climate of Southern California, is the integration of indoor/outdoor "sky gardens." These landscaped areas for food and beverage will be accessible from every concourse level. The complex also envisions a multi-purpose plaza complete with concert stage, community basketball courts and space for the community to gather and watch everything from Clippers Playoff games to movie premieres on a supersized LED screen.

The project is being developed by Wilson Meany, a developer heralded for its transformative mixed-use residential, retail, office and master-planned properties. 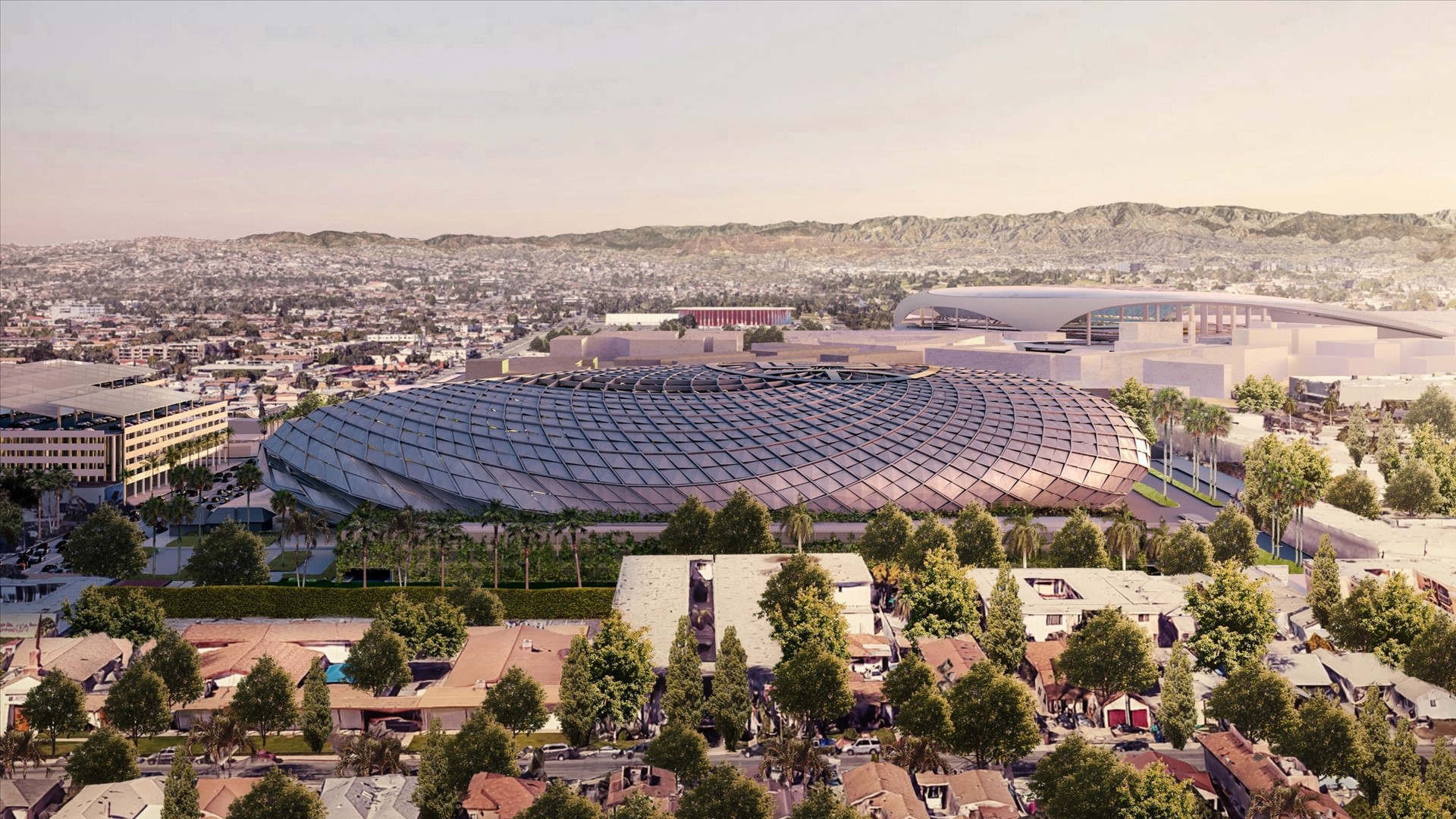 "We challenged the architects and designers on this project to create a landmark facility that exceeds current environmental standards and they have surpassed expectations," said Chris Meany of Wilson Meany. "The new Clippers arena demonstrates that environmental protection and economic development need not be mutually exclusive."

The project is expected to create an estimated 10,000 construction jobs and more than 1,500 permanent jobs, with local hire components in place to fill 30% of available construction jobs with local labor and 35% of the available arena operation jobs with local residents. When completed, the complex will generate an estimated $268 million in economic activity for Inglewood annually, and more than $190 million in new tax revenue from 2020-2045. That revenue will help support vital city services such as schools, parks, libraries and police and fire stations.

"We are excited to welcome the nation's most philanthropic sports team to Inglewood," said Mayor James T. Butts. "Over the past three years, the Ballmers and the Clippers have repeatedly demonstrated their commitment to improving communities like Inglewood. The Clippers' presence in our city will create a sustainable revenue source and boost civic pride, revitalizing our community for years to come."