It's 38,387... the total points scored by Kareem Abdul-Jabbar, the NBA's all-time leading scorer.

What it would take?

As long as he's been on the floor, James has delivered an incredibly high level.

It's not unreasonable to expect that he'll continue to drop 25 a game for the next few seasons.

Using 25 points per game as our barometer, he'd need to play 245 more games to pass Abdul-Jabbar.

Here's how many games he needs to play moving forward based on a few different levels of production:

Obviously, his production in all likelihood will begin to drop off. What exactly that will look like is almost impossible to know given that he's pretty much already proven that typical aging curves don't apply to a player such as James. He's scoring more points this season than he did in any of his first three years after returning to Cleveland.

Perhaps his scoring won't decline at all. Perhaps it'll gradually decline. Perhaps it'll simply fall off the proverbial cliff. But what he's been able to do this season when healthy and the manner in which he's evolved as a scorer throughout his career makes it hard to do anything other than give him the benefit of the doubt. It's hard to imagine a version of LeBron James in which from this point onward he's not at least a 20-point scorer.

Of course, those 'earliest possible' seasons in the chart above assumes playing all 82 games which is simply not going to happen. Which takes us to...

This is the hardest part to consider.

Prior to this season, James has never dealt with significant lingering injury issues. That he strained a groin on Christmas against the Golden State Warriors isn't unheard of, even for players as seemingly indestructible as James. That he missed 18 of the team's next 19 games is the surprising part and the first real sign that Father Time - forever undefeated across every sport - is finally lingering in the overall discourse about LeBron's future.

If he plays in every remaining game this season (far from a given, especially if the Lakers fall entirely out of playoff contention), he will have played in 64 games.

As it stands now, this Lakers roster is not like his previous recent teams in either Cleveland or Miami. He doesn't have two fellow All-Stars like Kyrie Irving and Kevin Love or Dwyane Wade and Chris Bosh to help keep the team afloat whenever he sits. Even if the Lakers add a pair of stars this summer - a stated goal of the organization - there likely won't be in place a cupboard stacked with reliable role players. Tristan Thompson and Kyle Korver aren't walking through that door. Shane Battier and Ray Allen aren't either.

For the Lakers to reach the heights that they've been eyeing, they can't afford prolonged stretches with James on the pine like this season when they went 6-12 without the four-time MVP.

It's a long-winded way of saying that as long as he's healthy, it's difficult to see James electing to sit out regularly in ways that, say, Kawhi Leonard has this season with the Raptors. 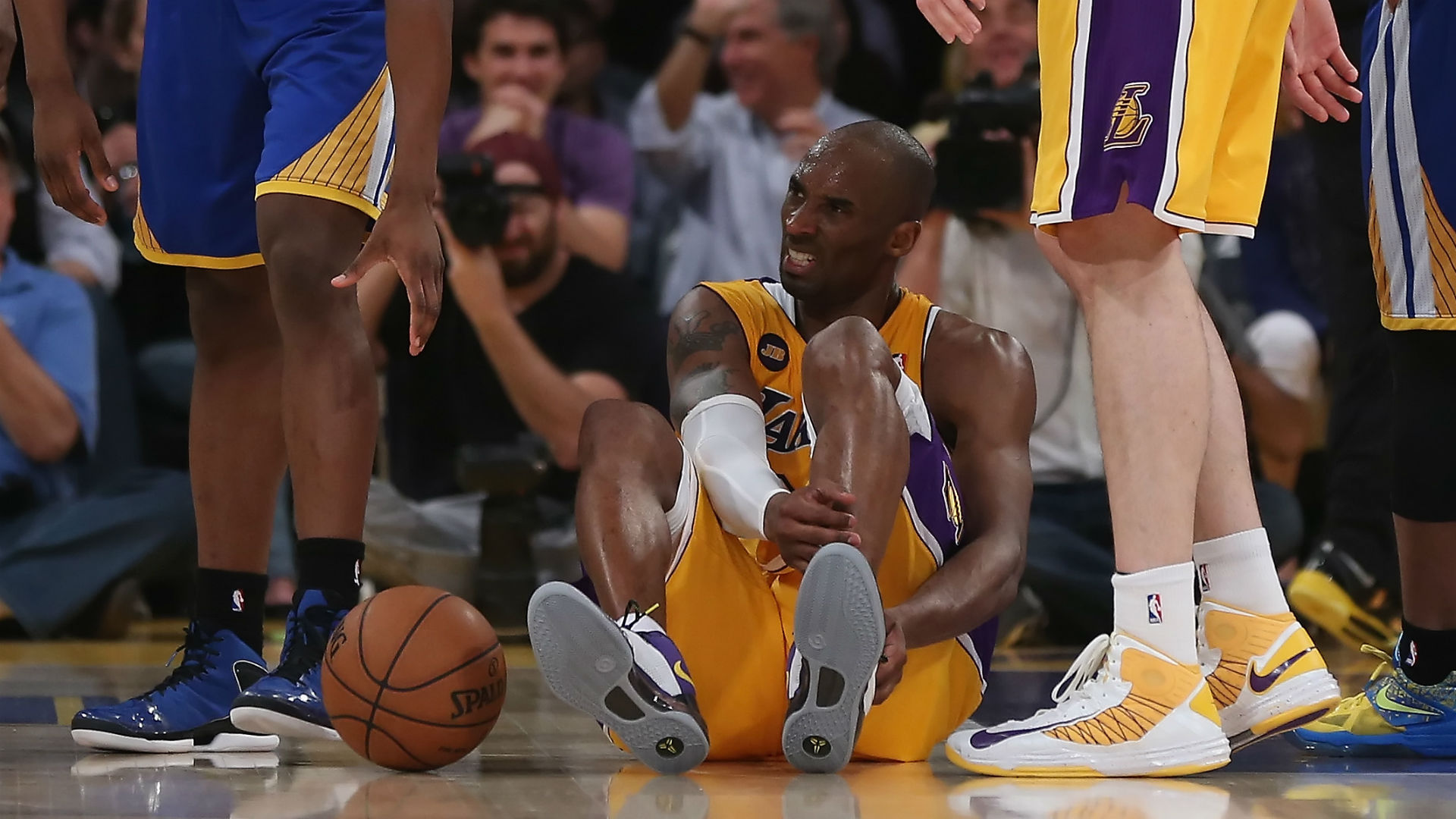 A realistic path to passing Kareem

Kobe Bryant was 34-years-old and several months shy of his 35th birthday when he tore his Achilles against the Warriors in April 2013. Once thought to have as good of a shot as anyone of passing Kareem Abdul-Jabbar, that injury ended any hopes of becoming the all-time leading scorer.

When next season starts, LeBron James will be 34-years-old and several months shy of his 35th birthday. Not only that, he'll have over 2,000 more minutes played than Bryant at that same point in his career.

It probably goes without saying that a realistic path to passing Kareem starts with avoiding that type of injury, one that limited Bryant to just 41 games over the next two seasons and perhaps more importantly as it pertains to this discussion, one that left the Black Mamba far less imposing as a volume scorer.

Let's assume good health, minimal injuries and reasonable load management. Here's what that could look like for James moving forward:

That three-year stretch, which would take him to the end of his current four-year contract with the Lakers, would have James somewhere between 400 and 500 points shy depending on how many games he plays to end this current season.

If James were to return for the 2022-23 season - which would be his 20th during which he'd turn 38 - he would need about 20 games to realistically move into first place assuming a scoring average of 22 points per game.

That puts James on a course to become the NBA's all-time leading scorer sometime in December of 2022, perhaps even on Christmas or his birthday, which falls on Dec. 30.

A lot can happen between now and then, the majority of which is out of anyone's control. But if you're looking for some idea of when you could realistically expect to see James on top, December 2022 is a good place to start.