For the second consecutive game, a bat broke loose in San Antonio.

This time, 'Coyote' was more than ready.

With Manu Ginobili no longer around to save the day, the Spurs' mascot took matters into his own hands.

BatYote with the special assist! 🦇😂

We checked the tape and slowed it down to give you a full breakdown:

Only three minutes into the game the bat made its presence felt on the court. What is not seen in the video above is Rudy Gay running away at first sight of the bat and LaMarcus Aldridge attempting to take matters into his own hands by throwing the game ball at the bat.

Interestingly enough, the Spurs' mascot was already dressed in his Batman costume - we could question how Coyote was already suited up for this moment but lets move past that. He had a net and everything, more than ready for the moment.

First things first, it's extremely clear that Spurs' backcourt-mates Bryn Forbes and Derrick White wanted no part in this - and who could blame them. 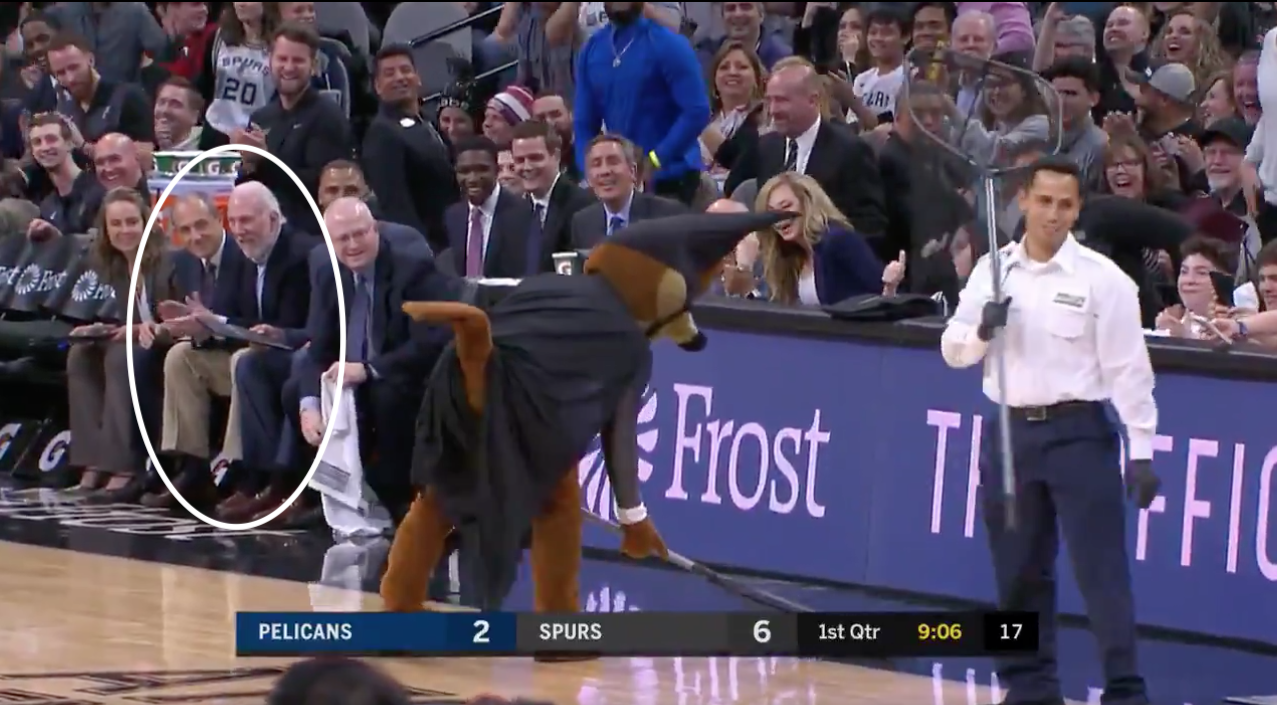 Coyote makes the play, capturing the bat in his net on his second attempt. Is that a smile and applauding from head coach Gregg Popovich?! The entire Spurs' coaching staff seems rather impressed with the mascot's efforts.

But there are more questions to be answered...

The Spurs were clearly prepared for this since they have this animal control guy on payroll tonight. With gloves and all, how was he not the first line of defence? He gets completely shown up by Coyote, proving hard work beats talent when talent fails to work hard.

And the questions don't stop there either...

With animal control guy still on the court and yet to impact the situation, they go to the towel guy at the end of the bench to secure the bat?

This just doesn't make sense to me. The animal control guy is rocking gloves but they elect to have my man grab this thing with his bare hands and a towel?

You have to give credit to this kid who was unafraid and willing to take care of business. In hindsight, he should earn the animal control guy's game check.

The end result - Coyote gets his celebratory moment he deserves. If the mascot was smart, he would demand a raise for working two jobs at once.

Also, the Spurs should consider getting Manu to come out of retirement; not as a player, but to handle any bat-like situations as they present themselves at the AT&T Center.