Kawhi Leonard's debut with the Raptors. The reigning MVP against an MVP hopeful. An early Rookie of the Year showdown between Luka Doncic and Deandre Ayton.

After Thursday's games, 26 of the 30 teams will have started the season with only the Lakers, Bulls, Wizards and Trail Blazers yet to tip off.

Day 2 of the NBA season brings tons of juicy matchups. You can watch all of the action with a free trial of NBA League Pass.

After playing three tune-up games in the preseason, Kawhi Leonard is ready for the real thing as the Toronto Raptors open their season at home against the Cleveland Cavaliers.

Leonard looks healthy after playing just nine games in San Antonio last season while dealing with a quad injury. He averaged 21.1 points, 6.9 rebounds and 5.3 assists per 36 minutes in the preseason while showing an ability to get to the foul line. If he an stay healthy and lead Toronto towards the top of the Eastern Conference, Leonard is a legimitate MVP candidate. 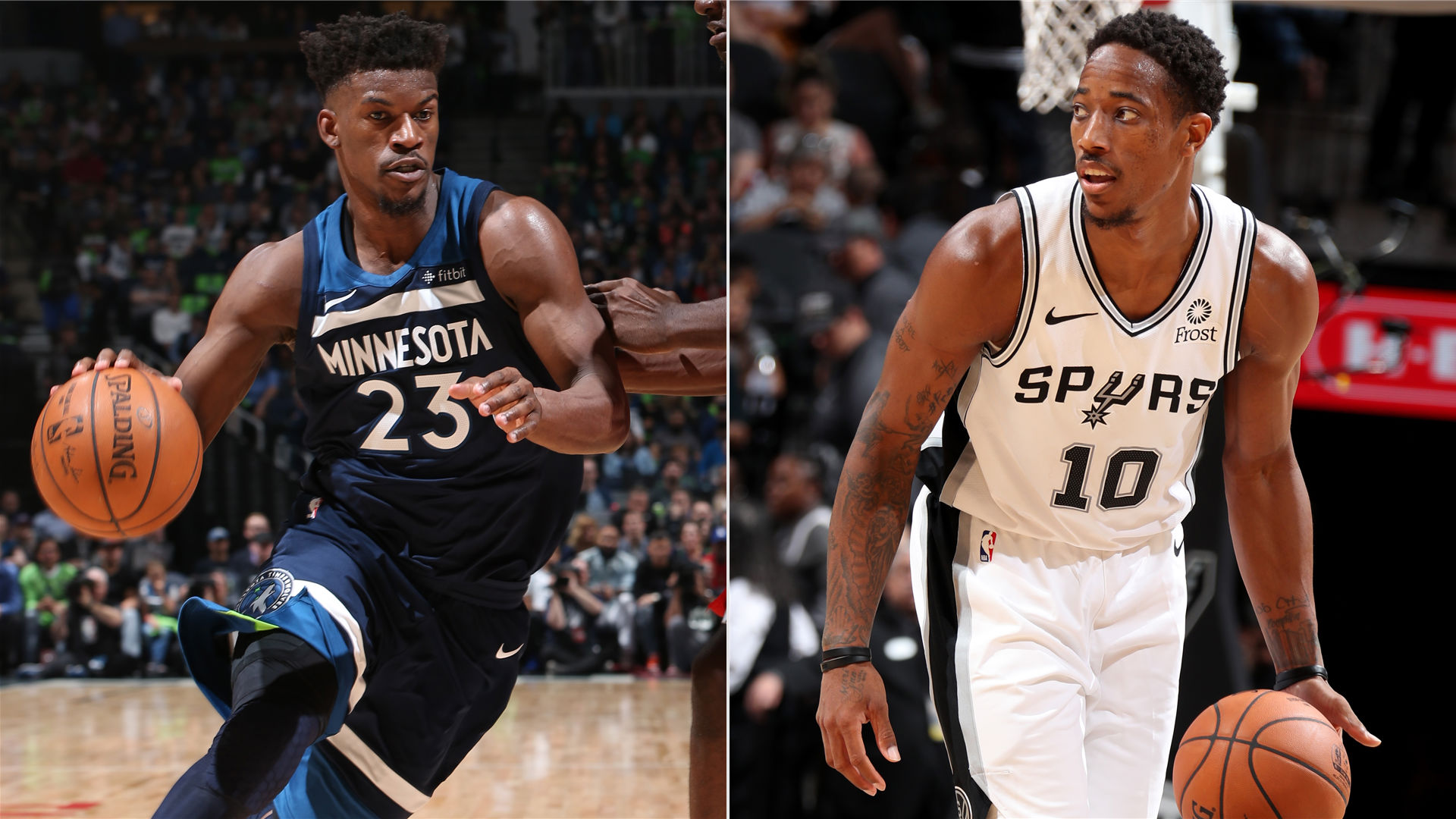 DeMar DeRozan will make his debut with the Spurs as they host the Timberwolves and disgruntled superstar Jimmy Butler.

This matchup includes two of the biggest stories of this offseason. DeRozan was traded by the Raptors after spending his first nine NBA seasons in Toronto. While he was upset at the time, DeRozan appears to have come to terms with the next step in his career in San Antonio.

The Butler saga has been the more prominent story lately, but he will play in Minnesota's season opener despite the trade rumours and in-house conflict.

Giannis Antetokounmpo is a popular MVP selection and looks primed to take over the Central Division with LeBron James now on the Los Angeles Lakers. He opens his season on the road against Kemba Walker and the Charlotte Hornets. Antetokounmpo had an opening night to remember a season ago, posting 37 points, 13 rebounds and three steals in a win over the Boston Celtics. Will he get off to another strong start?

Over in the Western Conference, two more MVP candidates go head-to-head when Anthony Davis and the New Orleans Pelicans take on the reigning MVP James Harden and the Houston Rockets. Neither Davis nor Harden are strangers to big opening nights, as Davis had 33 points and 18 rebounds a season ago and Harden posted 27 points, 11 assists and six boards to start the 2017-18 season.

MORE : Is Davis the best player in the NBA ?

All eyes will be on Luka Doncic and Deandre Ayton as the Dallas Mavericks take on the Phoenix Suns. The Suns opted to draft Ayton first overall, passing on Doncic who is the reigning the EuroLeague MVP. These two enter as the favourites to win Rookie of the Year, a race worth following all season long.

Another premier rookie matchup features Trae Young and the Hawks traveling to Madison Square Garden to play Kevin Knox and the Knicks. Young dazzled in the preseason with fancy passes and game-winners from deep while Knox averaged the second-most FG attempts per game for the Knicks. Knox will start the season coming off the bench.